Death By Chocolate And The Birth Of A Blog. 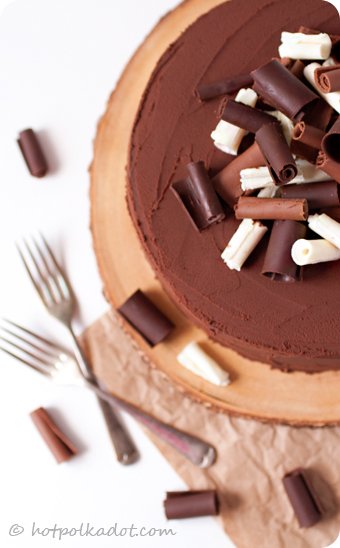 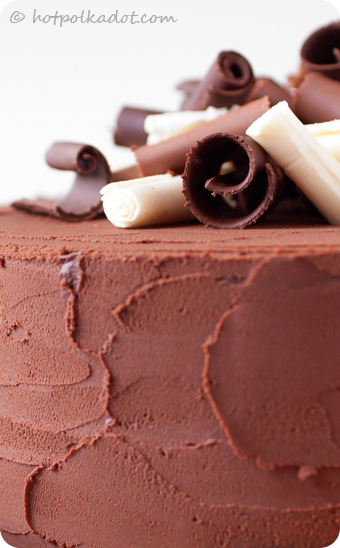 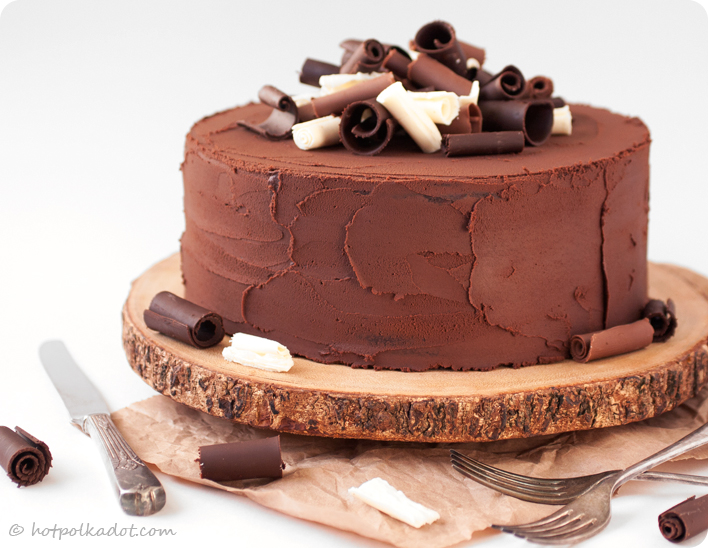 Three years. I can't believe it's really been three years. Three years ago today I timidly introduced myself and stepped into the blogosphere. I baked cookies, snapped some photos, met you fine folks, wrote about life and wrote about love, laughed, learned, grew.

I want to say thank you for being so patient with me. I've been pretty absent pretty often and I appreciate your understanding. Life's been a little nuts recently and I haven't had the time to bake elaborate cakes and roll out flaky pie crust.

So I thought you deserved a little something special to celebrate. Hot Polka Dot is as much about you as it is about me.

Is your mouth watering yet? 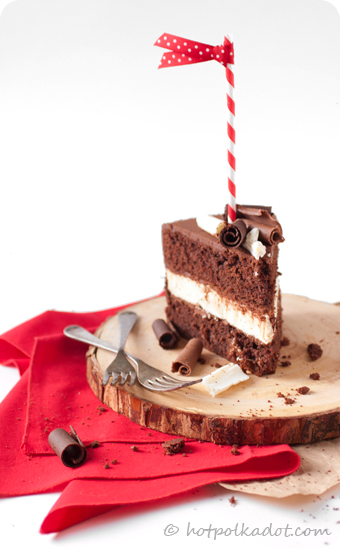 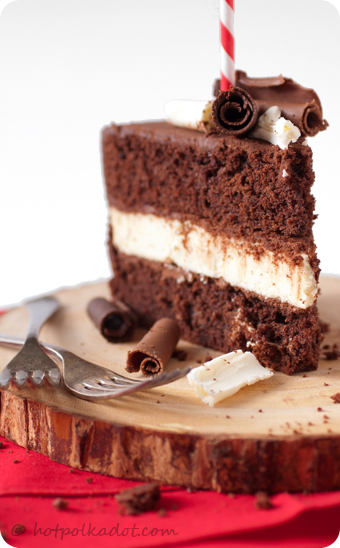 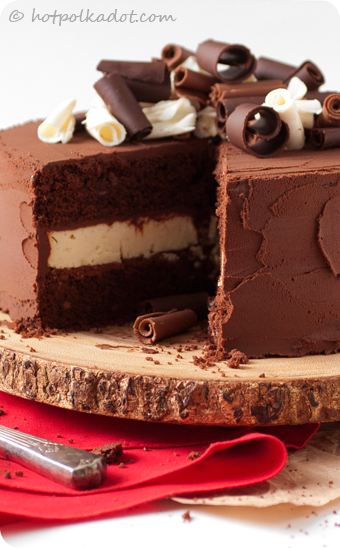 Preheat the over to 325 degrees and position a rack in the center. Line a 9 inch spring form pan with a circle of parchment paper on the bottom and a ring around the edge. Wrap the outside of the pan with aluminum foil and place it in a shallow baking pan full of water that reaches halfway up the pan.

Split the vanilla bean lengthwise and scrape out the seeds. In a large bowl with an electric mixer beat together the cream cheese, sugar, flour and vanilla seeds until combined well. Add the cooled white chocolate and mix well. Blend in the eggs one at a time until just barely blended.

Pour it into the prepared pan and bake it for 30 to 45 minutes until the center is almost set but still a little jiggly. Turn the oven off and let the cheesecake cool inside for an hour. Bring it out and let it cool to room temperature with an inverted plate on top. Let it set in the fridge for 4 hours or overnight.

Next make the chocolate cake. Preheat the oven to 350 degrees and position a rack in the center. Line two 9 inch cake pans with parchment paper and set them aside.

In a large bowl with an electric mixer cream together the butter and sugar until it's light and fluffy. Split the vanilla bean lengthwise and scrape out the seeds with the edge of your knife. Blend in the vanilla then the eggs one at a time, mixing until each is incorporated.

Whisk together the flour, cocoa powder baking powder and salt then add it in thirds alternating between the milk and oil. Lastly, mix in the chocolate chips.

Divide the batter between the prepared cake pans and bake them for 30 - 40 minutes until the tops are golden brown and a toothpick inserted into the middle comes out clean. Let them sit until they're cool enough to touch and flip them out on cooling racks to cool completely. Level off the cooled cake layers with a cake leveller or a long serrated knife. 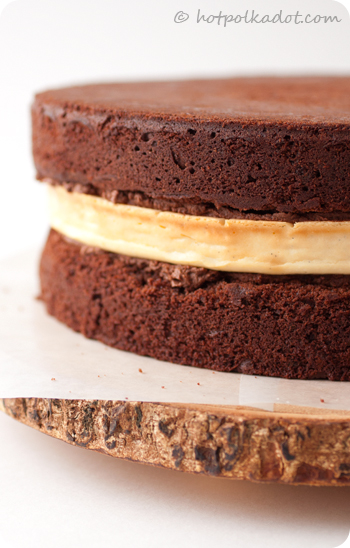 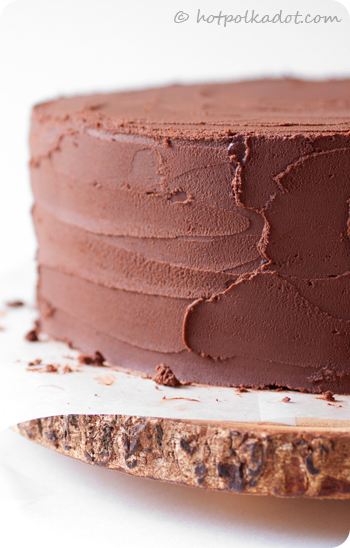 While the cake cools make the whipped chocolate ganache frosting. Put the chopped chocolate in a heatproof bowl and set it aside. Combine the cream and butter in a small sauce pan and heat it on medium heat until the butter melts and the cream just reaches a boil. Pour it over the chocolate and let it sit covered for a few minutes before stirring it until it's smooth.

Let the ganache reach room temperature before whipping it with an electric mixer until it lightens in colour and becomes light and fluffy.