A World of Cake. 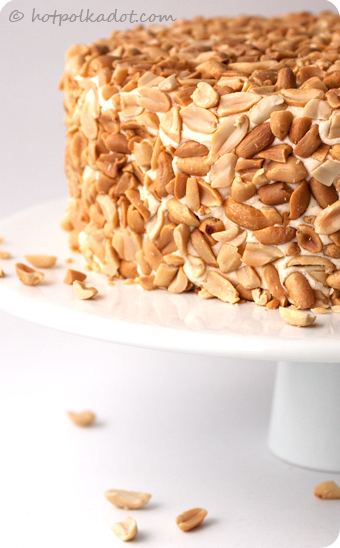 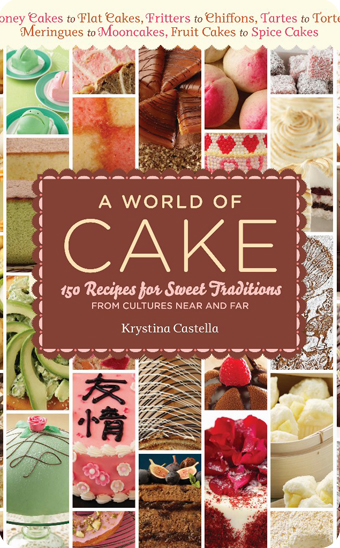 I was fortunate enough to recently receive the lovely cookbook, A World of Cake by Krystina Castella. It's quickly becoming one of my favourite cookbooks with its big beautiful photos and scores of recipes for, you guessed it, cake.

A World of Cake reads like a cherished family recipe book with a detailed story behind every recipe and how each has been adapted and passed down for generations. It reminds us that we're all apart of a global family with traditions and cuisine that have been influenced by cultures all over the world. While flipping through it's glossy pages you quickly realize how similar and unique we all are.

You get a glimpse inside the kitchens of Japan, Brazil, Germany, Kenya and nearly every other country you can think of. After a long browse I decided to make this Ugandan Peanut Cake with it's intriguing combination of peanut, honey and cinnamon as an example of the multitude of incredible recipes you can discover in this book.

You want a copy? Sure you do!

- If you're already following me on Twitter, liking me on Facebook, or my friend on Foodbuzz that's ok! You're entries still      count!    - Only a maximum of four entries per person will be permitted in the ways I've designated above.    - Anyone in the world is welcome to enter.    - Upon winning please email me at hotpolkadot (at) live (dot) com to claim your prize and give me your mailing address      to receive the cookbook.    - All emails and addresses will be kept confidential.

The contest will be open through the weekend and be closed on Monday April the 11th at 9pm MST. I will close the comments at this time so make sure to get your entries in soon! The winner will be chosen at random and announced Tuesday morning. Make sure to get in as many extra entries you can for a better chance to win!

This giveaway is closed. Thank you to everyone who entered! See who won here. 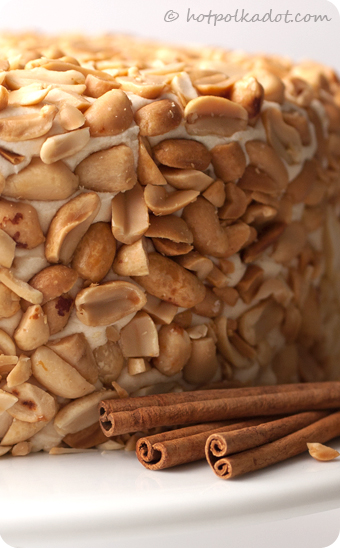 Source: A World of Cake by Krystina Castella.

Preheat the oven to 350 degrees and position a rack in the center. Butter and flour 2 9 inch cake pans or spring form pans then set them aside.

In a large bowl with an electric mixer beat the eggs until they're pale and thick. Mix in the honey, sugars, oil and vanilla.

In a separate bowl whisk together the flour, baking powder, cinnamon and salt then add it to the egg mixture in thirds alternating with the milk. Lastly fold in the peanuts.

Divide the batter between the 2 prepared pans and bake them for 35 – 40 minutes until a toothpick inserted into the center comes out clean. Leave them in the pans for 10 – 15 minutes them turn them out onto cooling racks to cool completely before levelling them. 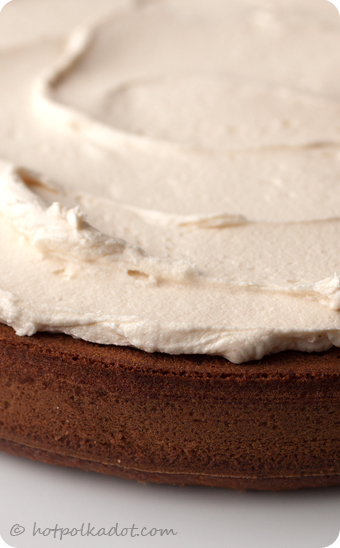 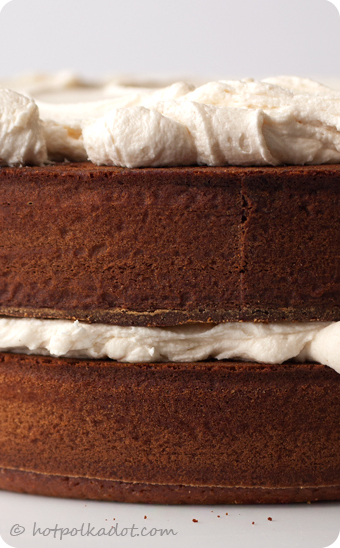 While the cakes are cooling make the peanut frosting. In a large bowl with an electric mixer beat together the butter, peanut butter, honey and salt. Alternate the addition of the powdered sugar and milk until you get a spreadable thick consistency.

Cut each cake in half and place the first layer on the cake plate. Spread an even layer of the peanut frosting between each layer then cover the entire cake with the remaining frosting. Evenly coat all sides of the cake with the chopped peanuts and enjoy! 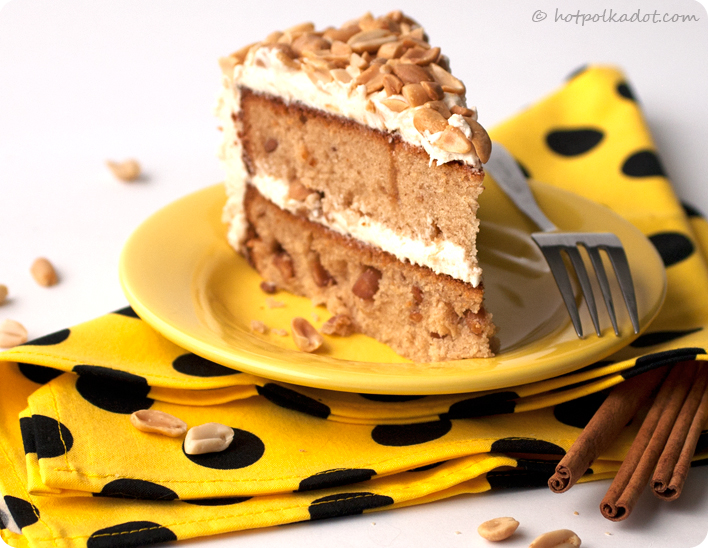