May The Cupcakes Be With You. 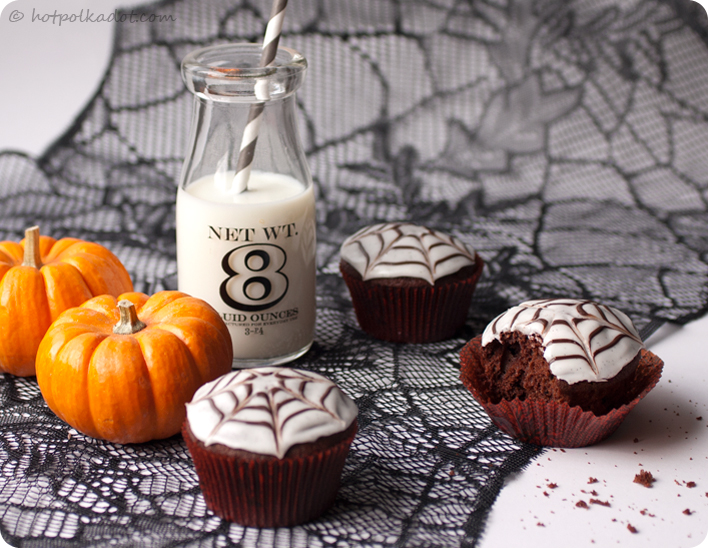 Halloween has always been one of my favourite holidays. As a kid I think I enjoyed the creativity and imagination behind each costume just as much as I enjoyed the candy. Sure Kit Kat bars and Reese's Peanut Butter Cups are great, but getting to dress up and pretend to be someone or something totally different for a night is the real spirit of Halloween.

I've been a unicorn, a princess, a vampire, a witch, a gypsy, a hippie, a pirate, Cleopatra, Princess Leia and a Jedi to name a few. I think my favourite costume would have to be one of my last, the Jedi. My mom, being an excellent seamstress, made my authentic cloak and tunic from scratch. My dad fashioned my belt out of real leather and crafted a lightsaber complete with a blue LED light. My dad is also pretty keen on Photoshop so he was able to digitally make my lightsaber a reality. Please enjoy the below photo of thirteen-year-old me complete with unkempt eyebrows and surly teenager frown.

When I became too old and too cool to trick or treat I focused on the decorations. I remember one year I fashioned creepy stick figures like those found in the Blair Witch Project while vetoing all my mom's cutesy skeletons and friendly jack-o-lanterns. I wanted an authentically scary experience, the kind that would make you jump and keep you up at night, not cartoon witches and googly-eyed skulls.

Today I'm proud to say our house has the coolest decorations in the neighbourhood, complete with fog machine, strobe light with thunder sounds, leaf graves, cauldrons, candles, spooky sounds, cobwebs, bats, bones, zombie fingers and a skeleton hung with a real noose. I also love helping Sable with her Halloween costumes and, with any luck, she'll look something like this on Wednesday.

What are some of your favourite Halloween costumes from childhood? 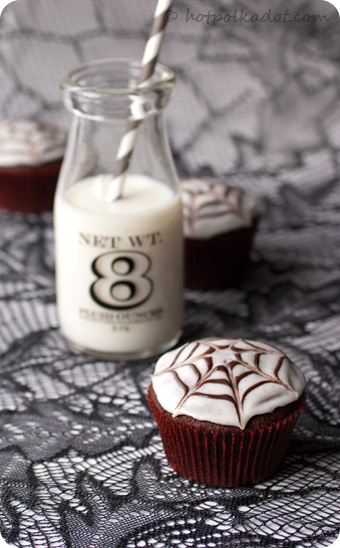 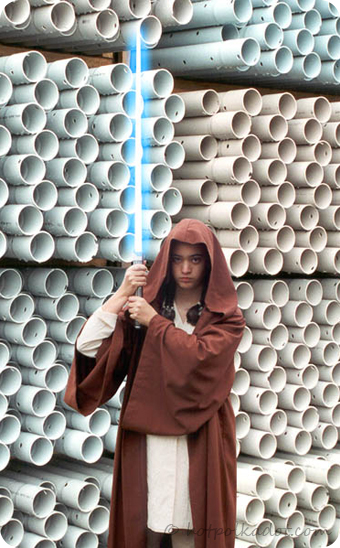 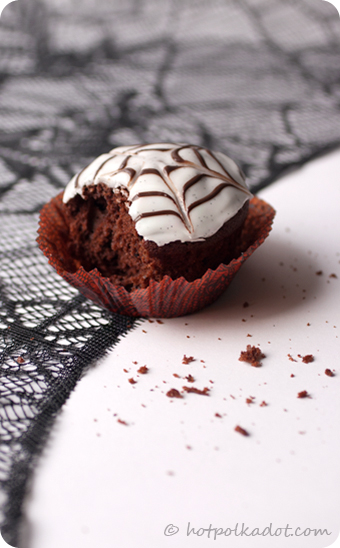 In a large bowl an electric mixer cream together the butter and sugar until it's light and fluffy. Split the vanilla bean lengthwise and scrape out the seeds with the edge of your knife. Blend in the vanilla then the eggs one at a time, mixing until each is incorporated.

Whisk together the flour, cocoa powder baking powder and salt then add it in thirds alternating between the milk and oil. 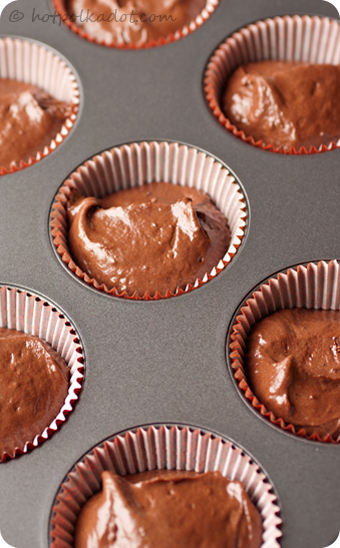 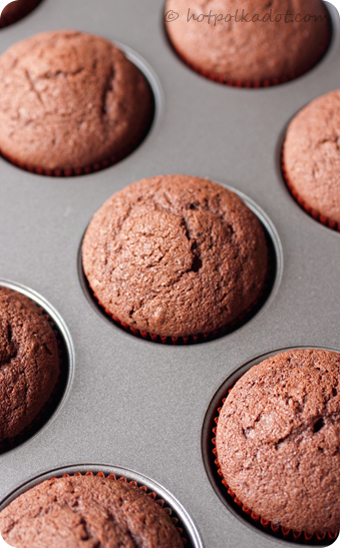 Divide the batter between the prepared muffin tins then bake them for 20 – 25 minutes until the tops are golden brown and a toothpick inserted into the middle comes out clean. Transfer them to a cooling rack and let them cool completely before decorating.

Split the vanilla bean lengthwise and scrape out the seeds with the edge of your knife. In a bowl whisk together the powdered sugar, milk and vanilla bean until it's smooth. Melt the chocolate in the microwave and scoop it into a small pastry bag fitted with a small round tip. With a knife spread an even layer of the glaze onto each cupcake. Pipe 3 or 4 concentric circles onto each glazed cupcake then drag a small knife through the chocolate in a radiating spokes pattern to create the spiderweb effect. Enjoy!