Past, Present and Future.

Last night while perched comfortably on the lap of my love with Angel Icebox Dessert in hand and a smile on my face I warmly welcomed 2011. These few months of transition from one year to another is always interesting. It's when you mistakenly mark papers with last year. It's when you find confetti and glitter in impossible places. It's when you eat leftover hors d'oeuvres for dinner just because you can. It's when you think fondly on the past and look forward to the future.

What better time to review my top ten favourite posts here on Hot Polka Dot? The recipes I enjoyed making. The good times. The challenges. The triumphs. 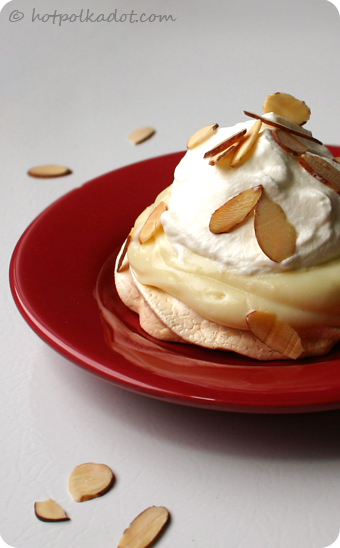 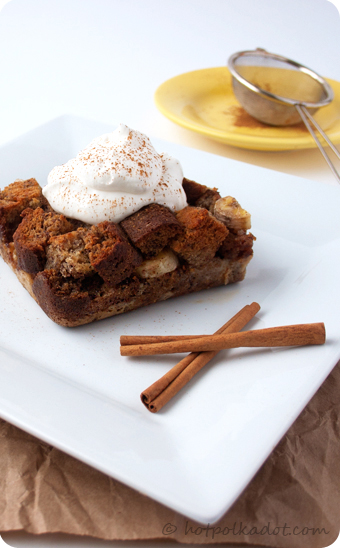 Angel Icebox Dessert: The single most technically difficult dessert I've ever mastered, but still my favourite dessert. Think about it, crispy pavlova slathered in smooth custard, topped with fresh whipped cream and sprinkled with toasted almonds. It's what I imagine clouds in heaven taste like.

Banana Cinnamon Bread Pudding: I've never tried the combination of banana and cinnamon and really I don't know why. This was a close second with it's crispy toasted banana bread top and the soft moist middle. 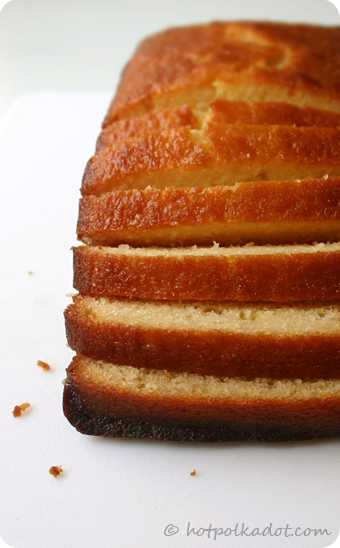 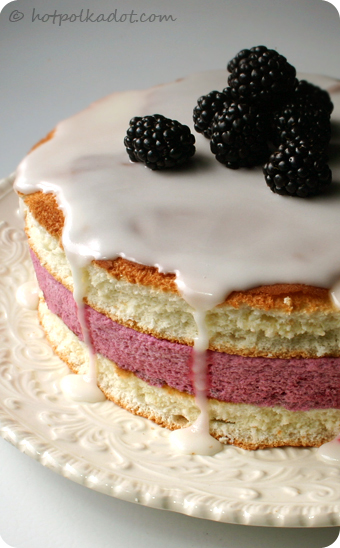 Honey Lemon Pound Cake: A seemingly simple cake with a huge punch of lemon flavour. I made it for my Lee and we enjoyed it during a summer picnic in the park for our one year anniversary. It's extra special to me.

Lemon Blackberry Mousse Sponge Cake: One of the prettiest cakes I've ever made and definitely one of the tastiest. Who wouldn't like layers of springy cake blackberry mousse and lemon glaze? 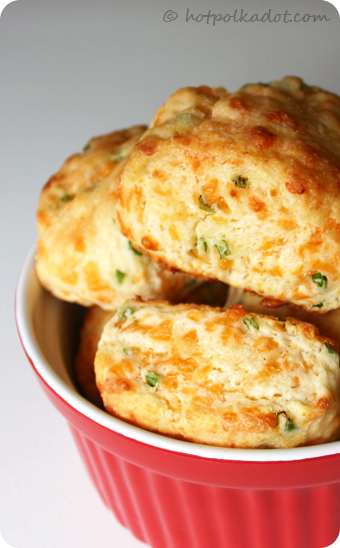 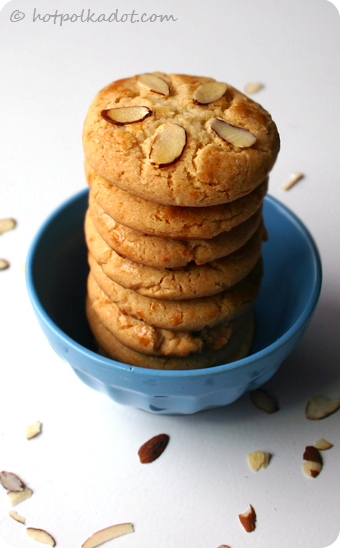 Cheddar Biscuits: The tenderest, flakiest biscuits I've ever tried. I attempted to make them like the ones at Red Lobster and I like to think I did a pretty good job. Butter, garlic and cheese. What could be better? 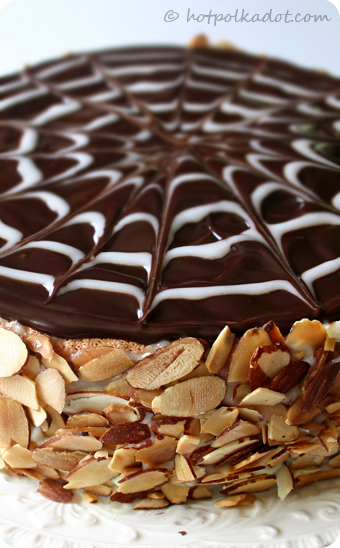 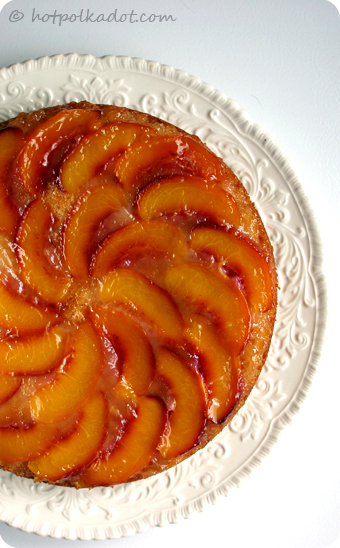 Boston Cream Pie: This was the first time I've ever had Boston Cream Pie. It really makes me happy to make things I've never tried and do them justice. This dessert was impressive and oh so decadent.

Honey Peach Upside Down Cake: This one was pretty popular with all of you and it definitely is with me too. It's so sweet, moist and filled with my favourite fruit. 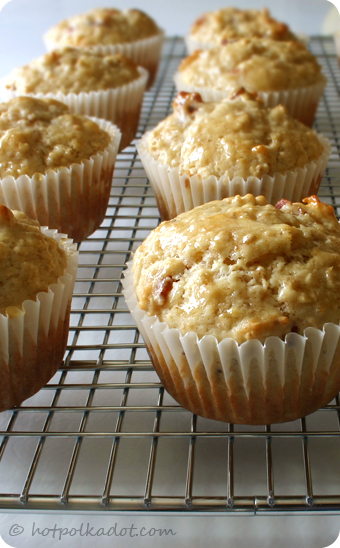 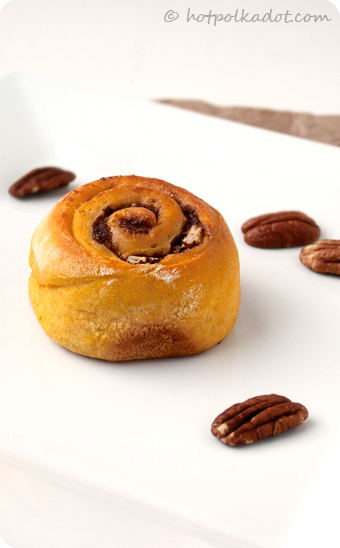 Maple Bacon Oatmeal Muffins: Certainly one of the most creative things I've ever made. I am fascinated by the idea of mixing salty with sweet and I'm beginning to think that bacon might make everything better.

Maple Pecan Pumpkin Cinnamon Buns: You know I've overcome my irrational fear of yeast when I make up a bread recipe. I've never attempted cinnamon buns before and, though they're a little time consuming, they're totally worth it. 2010 was an amazing year! It was when I humbly and quietly started my little blogging adventure. I baked, I whisked and I kneaded my way through the year. I learned, advanced and met so many wonderful people. In just a few short months I rose and became a challenge seven finalist in Foodbuzz's Project Food Blog.

Now I'm a nominated finalist in two categories in the Canadian Food Blog Awards! I'm so honoured to be included in such a talented and impressive group of Canadian food bloggers. To be considered for two awards is an even bigger surprise! Best Recipe Blog and Best Dessert and Baking Blog!

You should head on over to Beer and Butter Tarts to see the complete list of nominations and browse some really awesome blogs. I may not be included in the People's Choice Award but that doesn't mean you can't help the other lovely Canadians competing for the coveted spot. The voting opens today and ends January 15th. All nominees in the other categories will be whittled down by a panel of prominent Canadian foodie judges. The winners of all categories will be announced on January 31st so wish me luck!

I find myself planning for the future and looking ahead more than I ever have. We're all friends here right? I think I can give you a few hints of what to look forward to here on Hot Polka Dot. There will be some definite experimentation in the realm of chocolate and cinnamon. Some marriage of cheddar and apple. Maybe you'll even find some lemon and poppy seed in an unlikely place. I might even give cheesecake another go and cross your fingers for no cracks this time around.

Shhh. Let's just keep that between us.

I want to thank all of you for such a rewarding year! To my old friends, new friends, fellow bloggers and loyal readers you have enriched my life and turned this hobby of mine into a passion. I am overwhelmed by the response my little corner of the internet has gotten and even more astonished at the impact it's had on my life.

Here's to another great year! Who knows what surprises it will bring.