How To Tuesday: Photography Composition Part I.

This entry was posted in How To Tuesday and tagged Composition, Cropping, Photography, Photoshop, Rule Of Thirds on July 26, 2011.

I had a tasty idea for you today. It had something to do with raspberries, lemons, sugar and lots of it. But as you can see, no raspberries, no lemons and certainly no sugar.

Instead this tuesday I decided to bring you something a little different. Over the past few months I'm not afraid to admit that my photography skills have improved threefold since my humble beginnings with my little point and shoot. It surprises even me sometimes when I compare the vast differences between my old photos and my new ones. Many of you have made such sweet comments about my photos and have expressed an interest in my techniques.

So I thought I would share what I've learned about photography and reveal the tips and tricks behind taking a successful photo. Over the next few weeks I'll turn How To Tuesdays into basic photography tutorials so you too can benefit from my experience. Today let's start simply with composition, more specifically, the rule of thirds.

The rule of thirds is a simple concept to help you achieve an aesthetically pleasing photo composition. Basically you divide the photo into thirds horizontally and vertically so you have 9 equal rectangles. Wherever those lines lay or intersect you should place an area of focus or visual interest.

You can do this one of three ways. You can rely on your eyes and visually divide the shot into thirds. Don't sell your eyes short! You'd be surprised how accurate that method is. Many digital SLR cameras have the option to view the lines for the rule of thirds on the viewfinder. This is really handy and allows you to compose your image live as well as decreasing your need for cropping. Most photo editing software like Photoshop or Lightroom allow you to see the rule of thirds grid while you're cropping your photos. I use a combination of my eyes and cropping depending on the photo and composition. 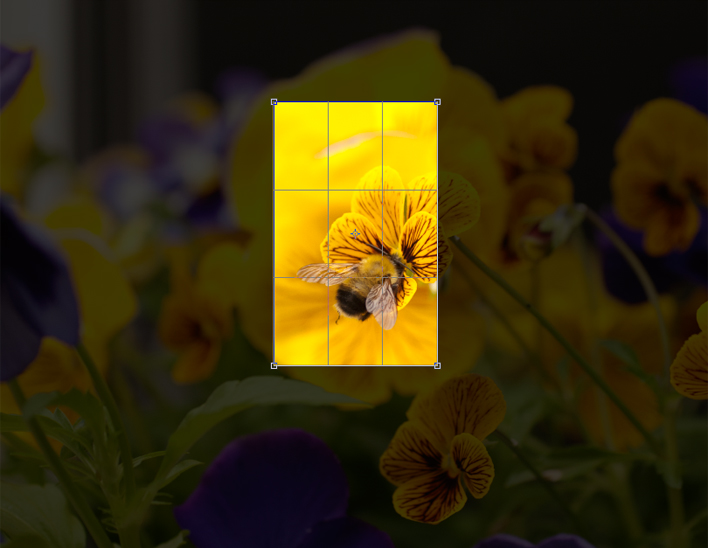 My photo of the bumblebee is a great example of the rule of thirds. You can see how I started out by cropped the photo in Photoshop. You didn't know how much more there was to that photo did you? 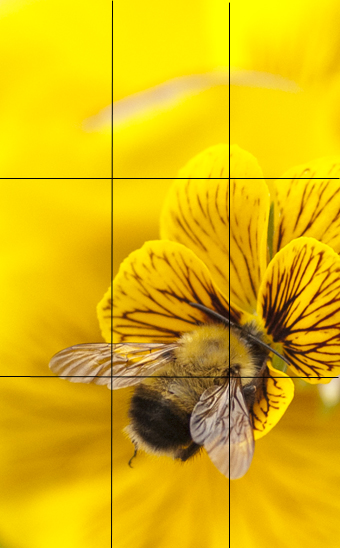 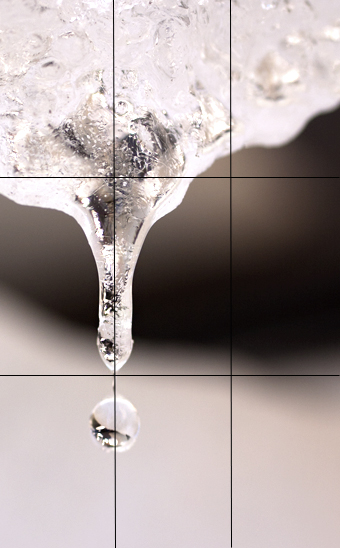 The bottom right lines go right through the bee's closest wing as it stretches out toward you. Very rarely do we get to see the quick little critters of nature so I was so happy to bring you a macro shot of a bumblebee wing so you can see just how the light reflects off the thin ethereal texture. You see just enough of the flowers to know that they are indeed flowers but it's clear the focus is on the bee.

In my opinion the rule of thirds becomes more important the more simplistic the composition is and the icicle is a perfect example of this theory. The icicle is the one and only subject and the drip is the only point of interest so it makes sense to make the best of those little lines. I placed the drip on one of the intersecting points which emphasizes the action and movement of the shot. 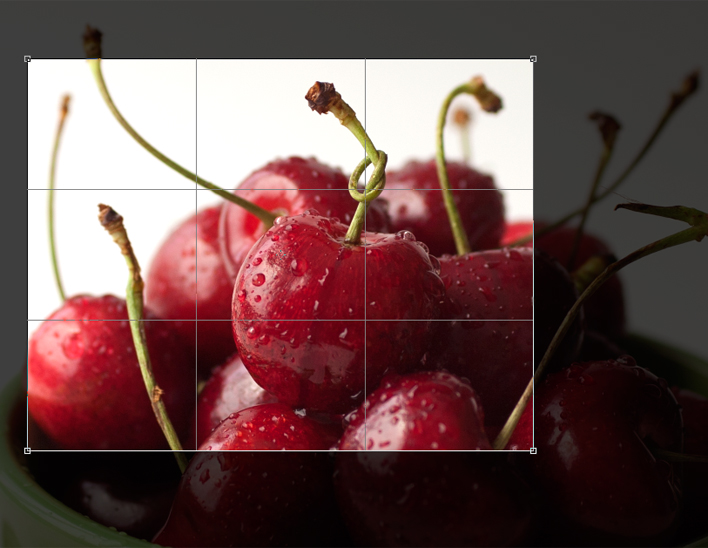 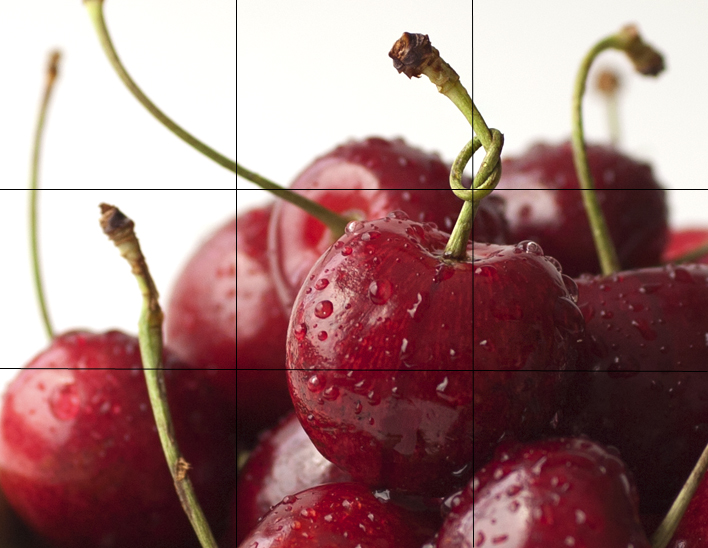 Fresh fruit is probably one of my favourite subjects to photograph so I just had to include this shot of cherries. I tightened the image up with a little cropping and placed an intersection point on the knot in the stem. I centred the glistening water droplets to convey a feeling of freshness and make you want to pluck that cherry right out of the frame like it had your name on it.

The rule of thirds makes composing and viewing a photo easy. Those little lines divide the image into shapes and focal points that are naturally visually appealing. It not only makes your photo easy on the eyes, but can also create tension, balance shapes and make an ordinary image dynamic.

That being said, the rule of thirds isn't set in stone. There's room to play and it shouldn't be treated like an exact science. You don't have to put every focal point right on those intersecting lines. What is considered good or bad composition is somewhat relative so don't feel constricted by this so-called rule. Instead have fun experimenting with composition because, as cliche as it is, rules are meant to be broken.