Delicious on a Dime.

This entry was posted in Miscellaneous and tagged Candy, Caramel, Popcorn, Recipe on May 24, 2010. 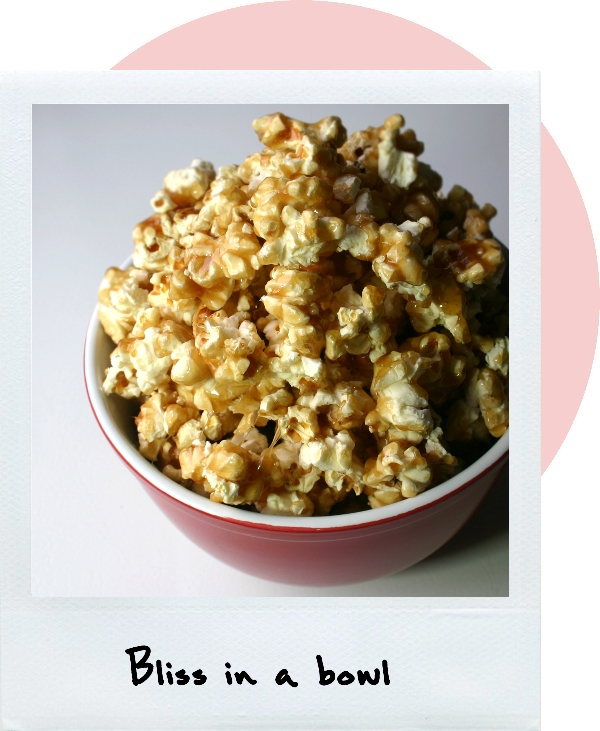 I love slapping people in the face with my mad design on a dime skills.

They admire my kitchen utensils and I'll be so proud to announce, "Aren't they nice? I got them from this little store called Dollarama. Maybe you've heard of it."

Or someone will compliment my skirt and I'll be all too pleased to play the guess-how-much-it-cost game. I always win at that game.

Or I'll get asked where I bought my necklace or the framed print on the wall and I'll answer proudly, "I made it myself."

I'm not cheap. I'm thrifty. There's a huge difference. When I go shopping and I see something that I like but it's a little pricey I'll more often than not think, “That's nice but I could totally make that myself for half the cost.” So I do and I love it. I love seeing a beautifully decorated vignette in a magazine then pull it off in my own living room with Ikea furniture and thrift store accessories. I love seeing a trendy new style from a fashion show then whipping it up myself with clothes and accessories diligently sought out and bought at a fraction of the designer cost.

The same goes with food. No where does it say that to make delicious and equally fabulous gourmet food you have to shop at ridiculously overpriced grocery stores or markets. I shop at Superstore and I often buy discounted No Name, no frills brands. I am no food snob, that's for sure. I also find it strangely exciting to plan recipes as inexpensively as possible without sacrificing quality.

This Caramel Corn is perfect for that. It's made with ingredients that most people already have stocked in their cupboards. It's pretty surprising what you can make with a little sugar, corn syrup, butter and water. Then you add some popcorn, nature's Ramen noodles, and that's an amazing snack. 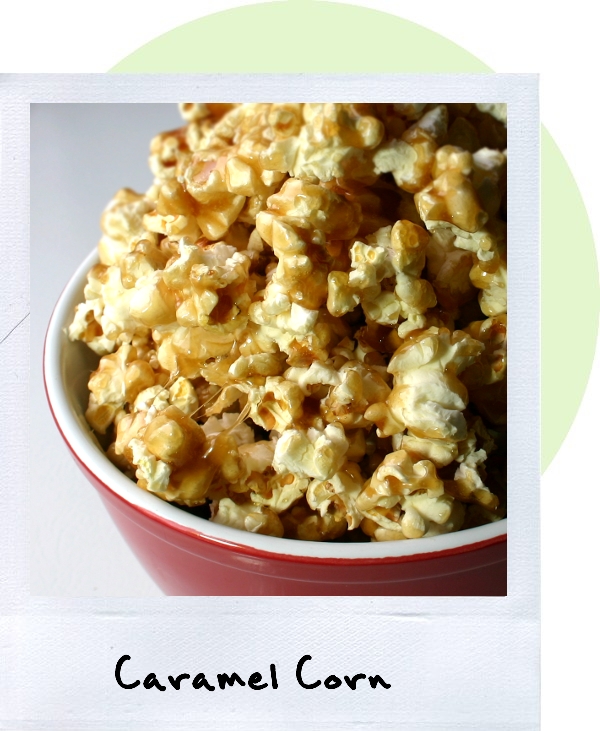 In a large heavy bottomed sauce pan combine the sugars, corn syrup and water. Bring it to a boil over medium heat stirring it occasionally then immediately cover it with the lid when it boils and leave it for 2 – 3 minutes. Uncover the pan and clamp your candy thermometer to the side and continue to boil it while stirring sometimes until it reaches 240 degrees. 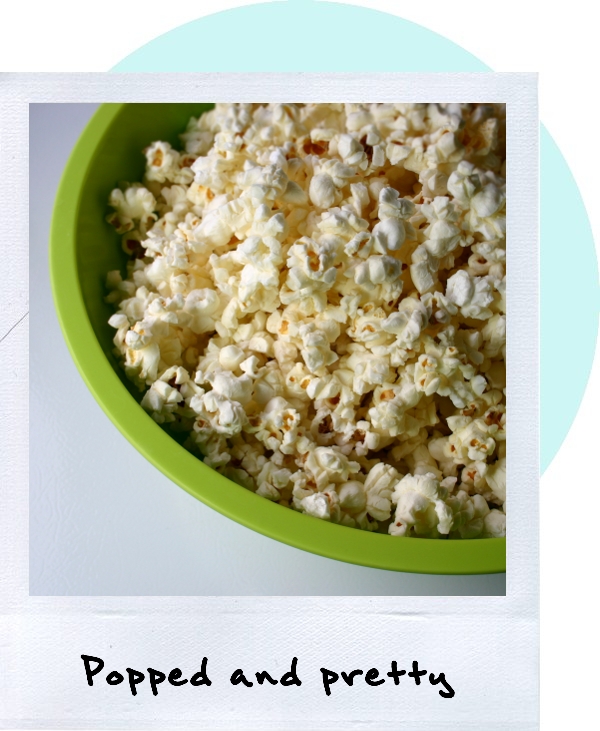 At this point stir in the butter and keep boiling it until it reaches 300 degrees. To be quite honest I think I messed this part up. I don't own a candy thermometer so I made due with a meat thermometer that I realized mid way through making my caramel doesn't go to 300 degrees. Opps. So I winged it and my Caramel Corn turned out a little sticky. Ok, a lot sticky. But it's still good. It's critical that your caramel reaches 300 degrees so it will be able to harden properly. If not you'll have a sticky, but albeit tasty, mess like me. 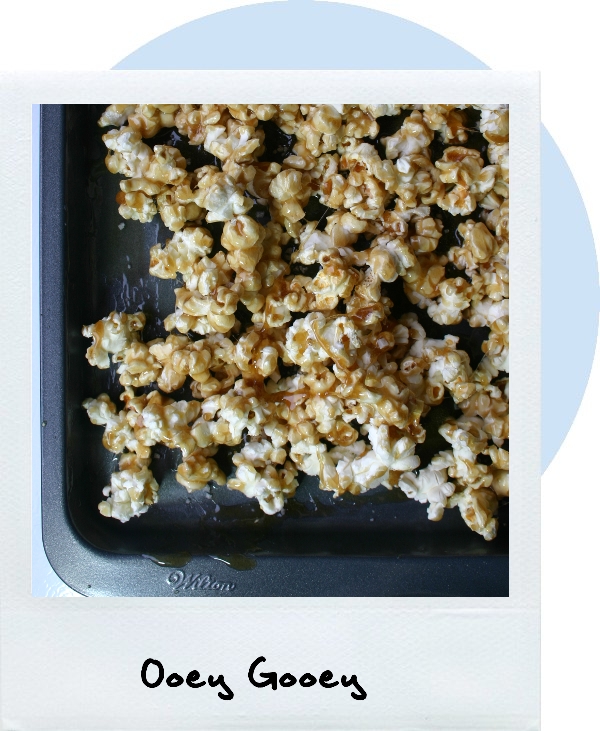 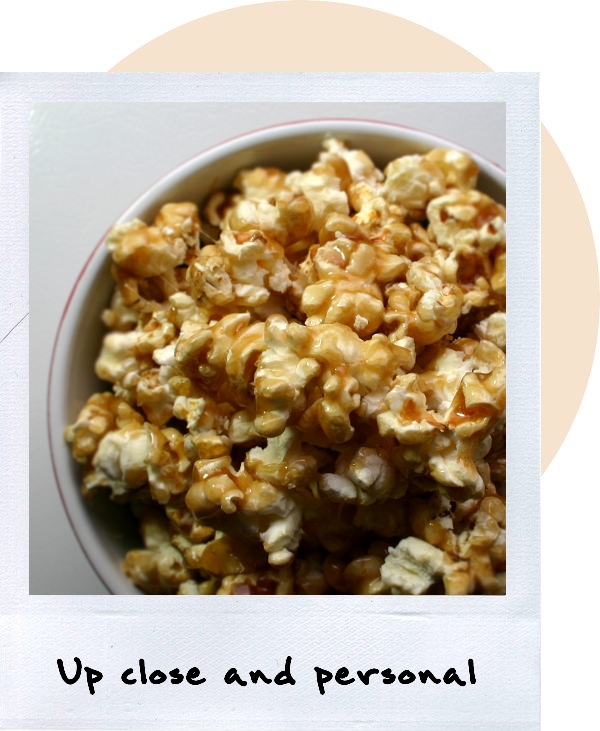 So once it reaches 300 degrees remove it from the heat and carefully add the salt and baking soda. It will foam up when you do this so just watch out. Once it's incorporated evenly pour the caramel over the popcorn and toss it until most of the popcorn is covered in caramel goodness. Divide it between the two prepared baking sheets and separate them as best you can so they don't harden in clumps.

Allow the caramel to harden completely before transferring it to a air tight container or your mouth. Enjoy!