This entry was posted in Cakes and tagged Bundt, Cherry, Glaze, Pound, Recipe, Soda Pop on May 18, 2010. 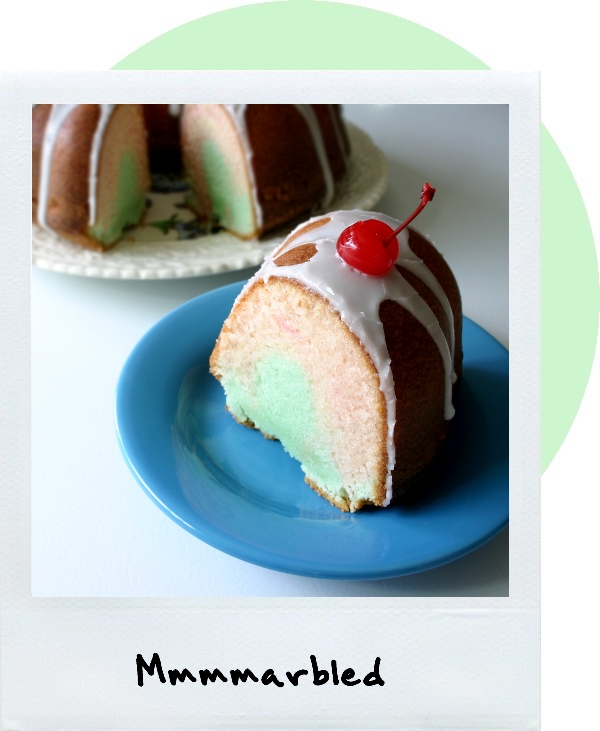 Have you ever had a craving for something you just couldn't ignore? A nagging, overwhelming insurmountable need for a specific thing that couldn't be sated any other way than to ravenously devour the thing in question.

For me, recently at least, that thing was Jones Soda. If you've never had this particular brand of soda pop I suggest that you do so. Now. For reals. They have countless flavours made of pure cane sugar to indulge your taste buds and yet, frustratingly enough, they can't be found at most stores. No, the kind folks at Jones Soda Co. make it tricky. Occasionally you can find a flavour or two at your local 7 Eleven or corner store, but usually you have to go to those speciality gourmet candy shops to get the better selection.

I'm not a real soda pop connoisseur, not even a real fan. The fizz gives me hiccups. Rather annoying inconvenient hiccups. But for Jones Soda and their large repertoire of flavours I'll brave the involuntary spasms. My current favourite is good old fashioned Cream Soda. It tastes like cotton candy and that's just fine. The close second is Berry Lemonade.

So why not make a cake out of my favourite soda pop? And not just any soda pop cake, a marbled cake with two of my favourite flavours rolled into one. Just a word of caution. If you don't like cakes that are pretty high up on the sweet spectrum then I would not recommend this. But if on occasion, like me, you have the need to eat sugar by the spoonfuls then, by all means, please make this cake. 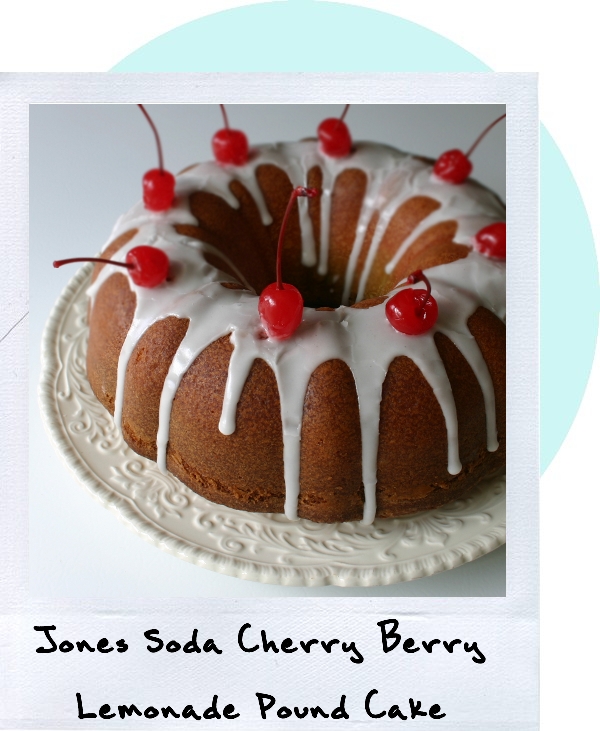 Source: Adapted from Confessions of a Cookbook Queen's 7 Up Pound Cake.

Preheat the oven to 325 degrees and position a rack in the center. Butter and flour a bundt pan and set it aside.

In a large bowl with an electric mixer cream together the butter and sugar until it's light and fluffy. Add the eggs one at a time and beating well after each addition. Add the flour and mix it well. 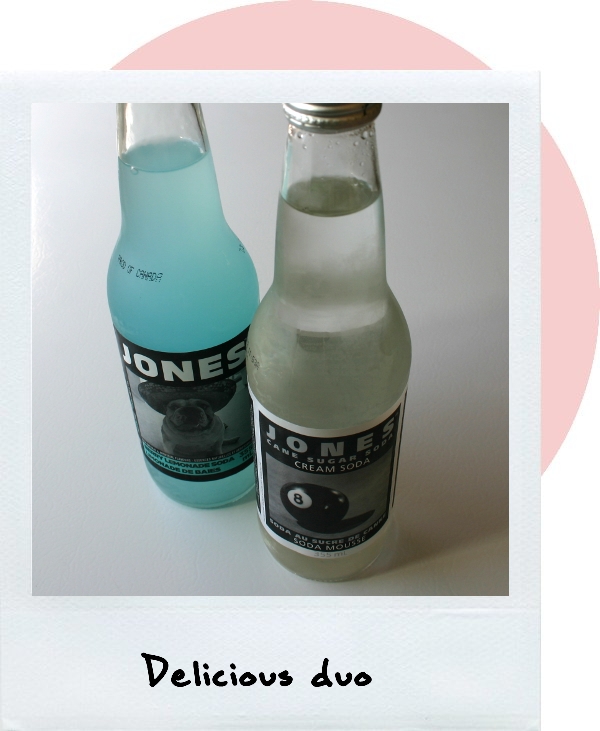 Evenly divide the batter between two bowls and add the separate food colouring and soda pop flavours. Take note that this cake is flavoured only by the soda pop and not with any other extracts which makes for a lightly flavoured and scented cake. Fold in the soda pop with a different spatula for each. 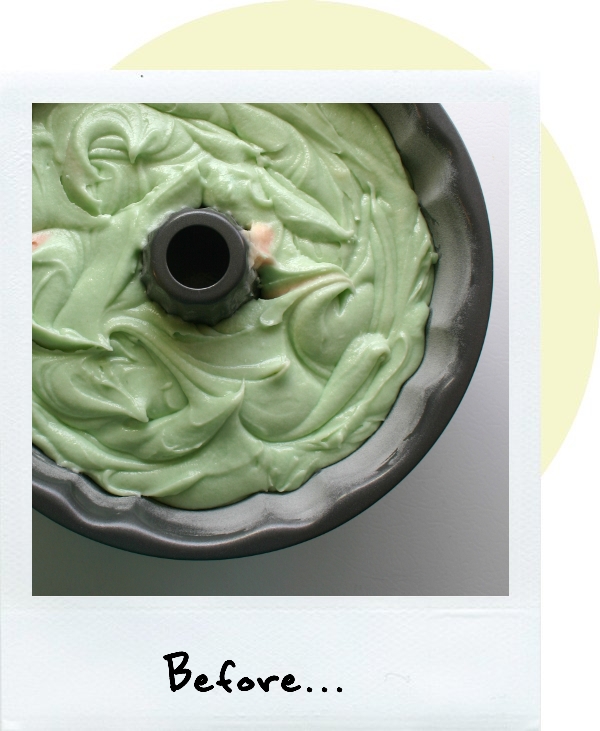 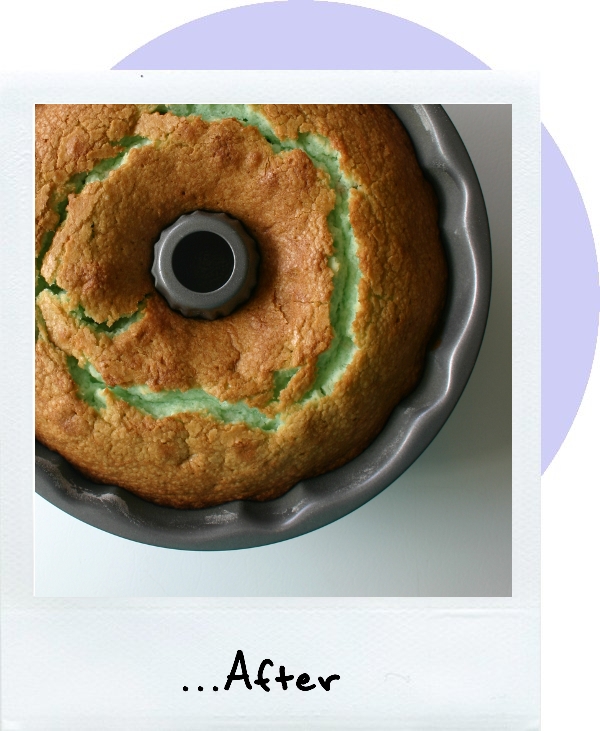 Pour the Cream Soda batter into the prepared bundt pan then layer it with the Berry Lemonade batter. Take a knife and run it through the batter, taking it out and putting it back in a few times to create the marbling effect. Lightly smooth out the top of the cake and bake it for 80 – 90 minutes until the top is golden brown and a toothpick inserted into the middle comes out clean. Transfer the pan to a cooling rack and let it sit for about 30 minutes then gently turn it upside down onto the rack. If it's needed run a small sharp knife around the edges to loosen it. Let it cool completely before mixing the glaze and spooning it over the top and garnishing with cherries. Enjoy! 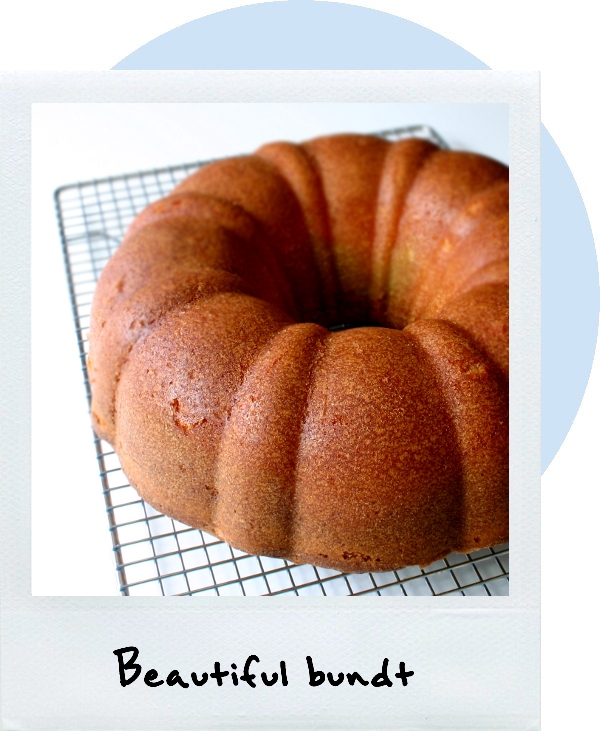