Words of Wisdom and Pudding of Rice.

This entry was posted in Desserts and tagged Citrus, Cranberry, Orange, Pudding, Recipe, Rice on April 27, 2010. 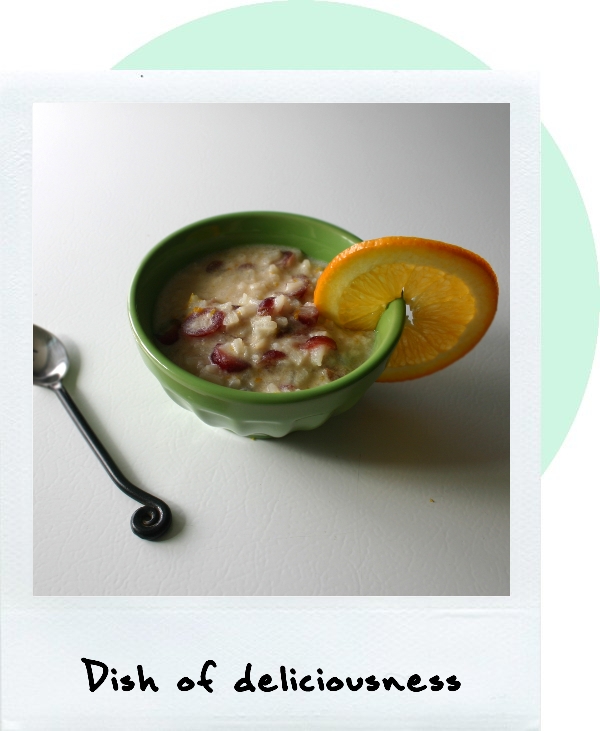 I'm not sure that I've ever told you that I'm not professionally trained in the kitchen. I think that goes without saying, but I thought I'd just put it out there. I'm mostly self taught though I've gotten loads of good experience with my family. My mom taught me how to make lumpless gravy and my dad showed me how to make a mean lasagna, among other things of course.

I don't think you need to go to a fancy culinary school to learn a thing or two about food. Anyone can be a cook and a darn good one at that. Like most worthwhile things in life, it takes time, practice and an open mind.

Here are a few things that I've learned through my trials and tribulations in the kitchen...

Don't ever, under any circumstances, leave a pot of milk alone on the stove. It will always boil faster than you think it's going to and bubble over into the burner below. Let me tell you if you've never smelled the sickly sweet and sour smell of burnt milk count yourself lucky. It's right up there with burnt hair and baby poop.

It's best to whip cream in a cold bowl with cold utensils. Something about the low temperature creates the best stiff peaks. I imagine that with all that whipping the friction might create a lot of heat as well so it's good to counteract that with chilly tools. Julia Child even suggests to put ice under the mixing bowl but that's a bit overkill in my opinion.

You don't need a fancy schmancy egg separator to divide egg whites from egg yolks. I don't even use the egg shell method either since I've had a few too many pierced egg yolks that way. I just use my own hands. They're much softer than pointy egg shells and much less expensive than egg gizmos, plus they have these built in movable parts to allow the egg white to flow through the cracks, aka fingers.

Less is more. I'm not trying to tell you that you should have one cookie instead of two. I wouldn't presume to have that kind of power over your portion decisions. I mean that the best recipes are the simple ones. Why complicate a good thing with oodles of ingredients that only end up masking and muddying the flavours? Think of the best combinations. Chocolate and peanut butter. Strawberry and banana. Lemon and blueberry. Cinnamon and nutmeg. Tomato and basil. Onion and garlic. Don't mess with a good thing people.

It's important to have fun in the kitchen. I know most of you probably have to cook everyday and you might even struggle to make things interesting for every meal. Don't stress! The moment you start to stress over food is exactly when it becomes a chore. Experiment a little, try something new once in a while, don't be afraid and, above all, keep it fun. I listen to music a lot in the kitchen and I'm not scared to admit that I dance... and sing... a lot... in my pajamas. There, I said it.

And without further delay, the moment we've all been waiting for. Cranberry Orange Rice Pudding. Would you believe I've never tried rice pudding before? It's sad but true. Today was the day and, let me just say, what a good day that was. 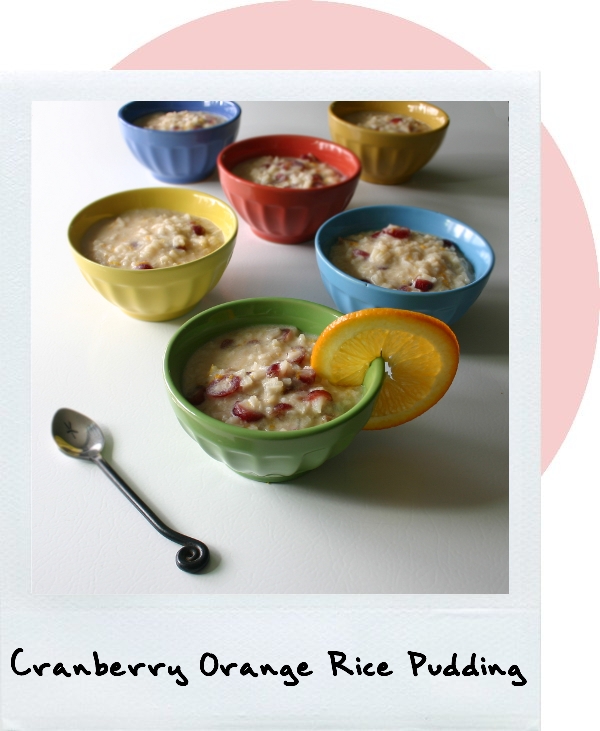 In a medium sauce pan bring the water to a boil. Stir in the rice, orange zest and orange juice then cover the pot and simmer it on low heat for about 15 minutes until all the water is absorbed. 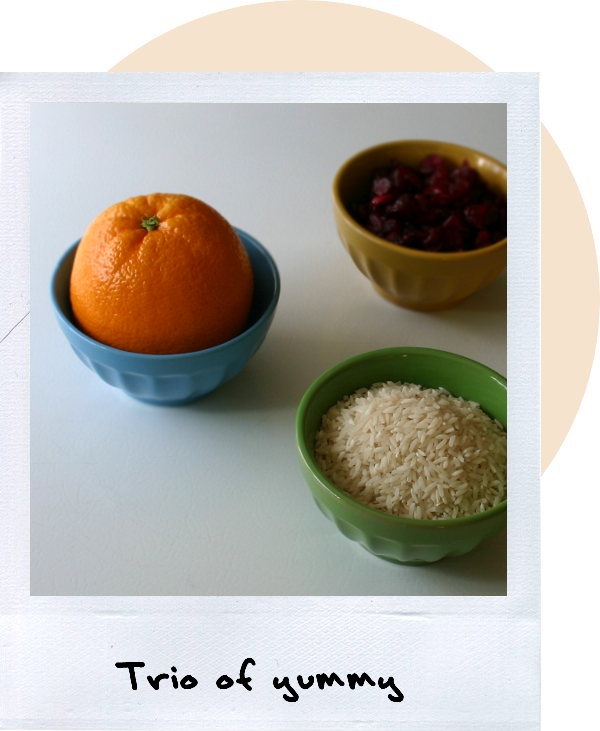 Transfer the rice to a bowl and rinse out the sauce pan. Add the milk, vanilla extract, salt, sugar and honey and bring it to a boil making sure to stir it often so the milk doesn't burn. Add the cooked rice and cranberries and stir it so the milk cooks down and makes it creamy, about 20 minutes.

Spoon it into a large bowl or individual small dishes to cool. Serve it warm or cold from the refrigerator. Enjoy! 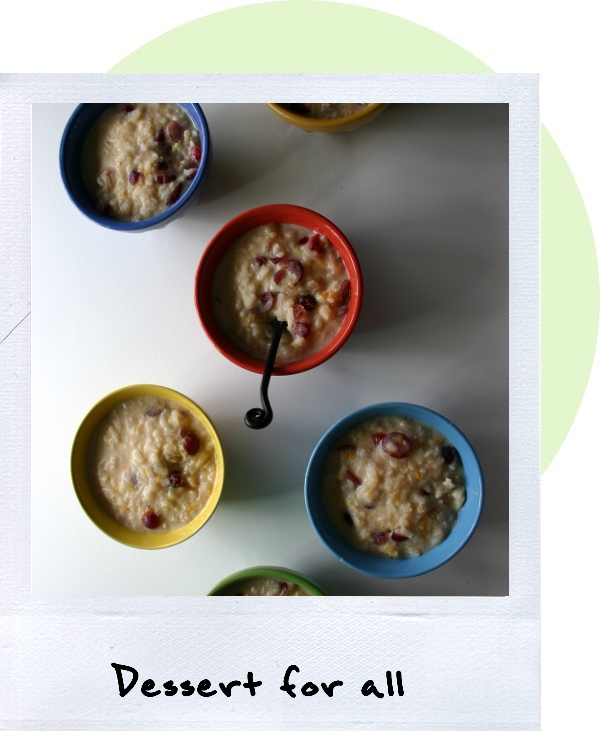 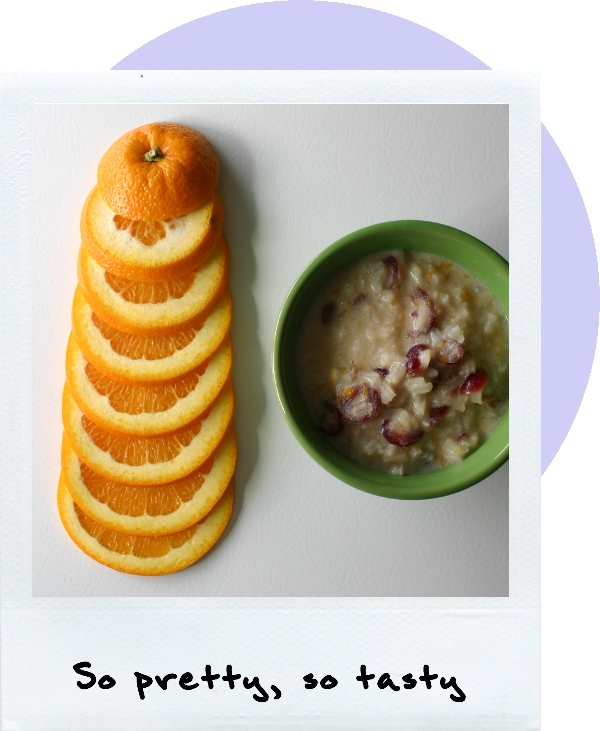