Know What I Mean, Jelly Bean? 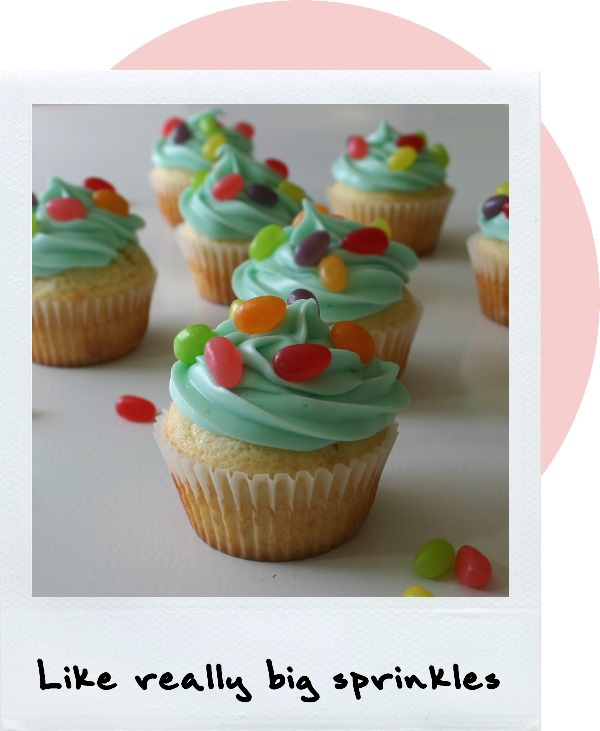 I'm in an honest sort of mood so I think it's about time I confessed a few things.

I have never used unsalted butter in any recipe though most of the recipes I've posted on here call for it. I'll tell you a little secret about butter. If the recipe calls for salt then you can just leave it out and use salted butter. You might have already known that but recently it was a little personal revelation of mine.

I am frightened of yeast. Don't get me wrong. It's not like I wake up in a cold sweat after a nightmare about being chased by rising bread dough. I've just never made bread and I'm a little intimidated by it. It's like one of those things you put off for so long you feel like you'll never get around to doing it.

I've never been so organized in the morning that I actually remember to take my butter or cream cheese out of the refrigerator to allow it to reach room temperature like it always needs to be for every recipe. Microwaves are wonderful things aren't they? Although mine seems to be angry with me for whatever reason. When I push the 4 it inputs a 3. Yeah, because that's what I really meant to push, microwave. Thanks.

Also, I used leftover frosting to top off these cute cupcakes. Don't hate me if I don't make everything from scratch every single time ok? Please? I made way too much icing for those Strawberry Lemonade Cupcakes the other day and I just can't bring myself to throw out something as yummy as that White Chocolate Cream Cheese Frosting. I hate waste but I love these Vanilla Jelly Bean Cupcakes. I think you will too. 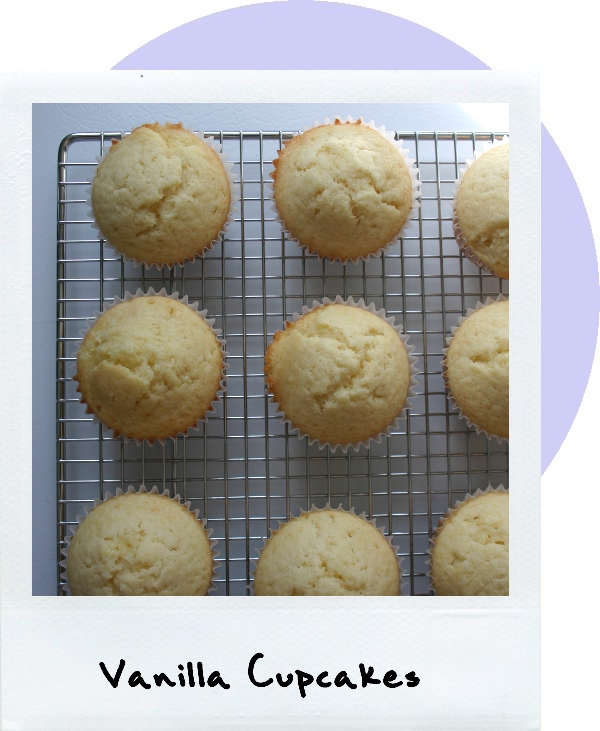 Preheat the oven to 350 degrees and position a rack in the center. Line a muffin tin with paper muffin liners and set it aside.

In a large bowl with an electric mixer beat the butter a sugar until it's light and fluffy. Add the eggs one at a time making sure to beat them well after each then mix in the vanilla extract.

In a small bowl whisk together the flour, baking powder and salt then, with the mixer on low speed alternately add the flour mixture and the milk, beginning and ending with the flour.

Scoop the batter into the prepared muffin tin filling each 3/4 of the way and bake them for 18 – 20 minutes until a toothpick inserted into the middle comes out clean. Transfer them to a cooling rack and allow them to cool for at least 10 minutes before you frost and decorate them. 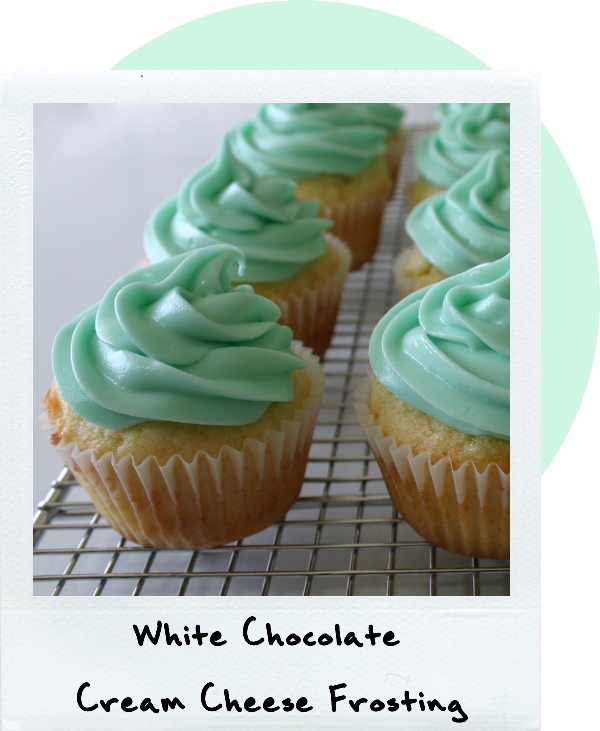 Refrigerate the frosting until you're ready to use it. Once the cupcakes are cooled spoon the frosting into a piping bag fitted with the tip of your choice and frost away. Sprinkle the jelly beans on top and enjoy! 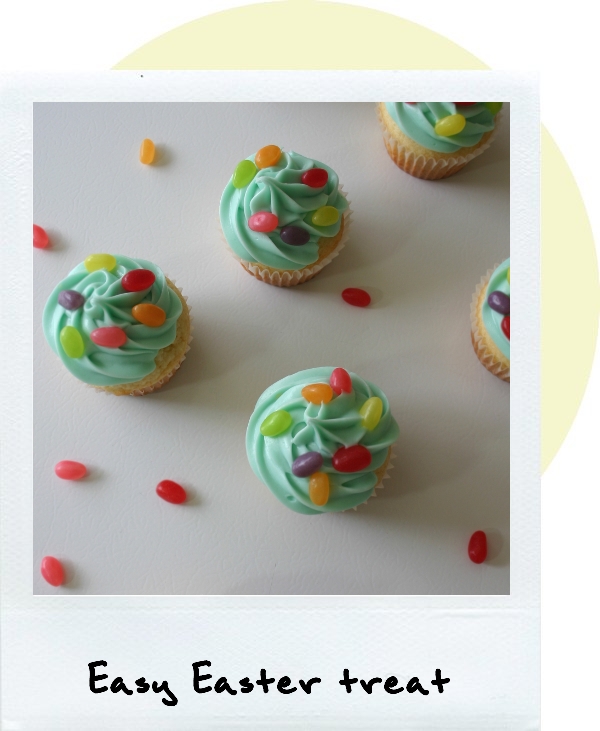