Knit One. Purl One. Bake One. Eat One.

This entry was posted in Brownies, Blondies and Squares and tagged Almond, Butter, Cake, Recipe, Shortbread on January 1, 1970. 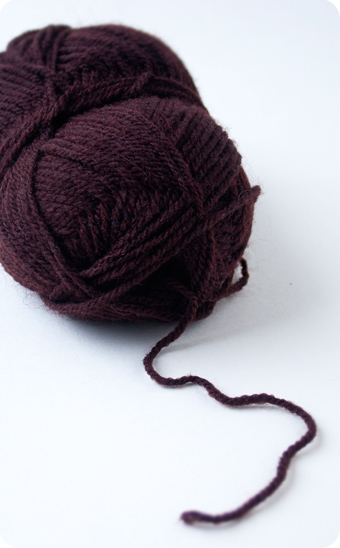 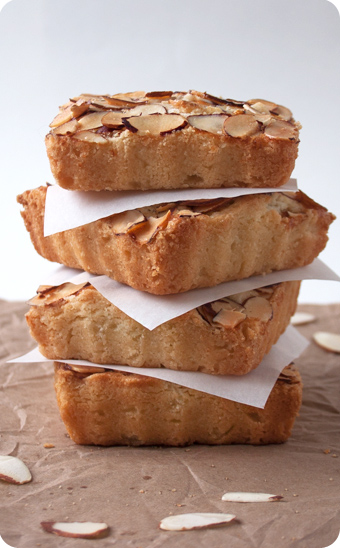 Oh hi. Hey you remember me. I'm that mildly funny blogger that bakes cookies and writes letters to both inanimate objects and weirdos.

No? I'm that perfectionist in the kitchen that obsesses over custard and cowers at the sight of yeast. Yeah I basically cry over spilled milk. Literally.

Nothing? I also have an unusually high attraction to all things with polka dots. I own not one, not two, but three polka dot aprons. With ruffles. And bows.

I apologize for my absence. I have a good excuse though. I really do. Are you ready? Like really ready?

I've been busy knitting. No really. I knit. Now you know the awful truth. I am in fact a 50s housewife that vacuums in pearls, darns socks and spends the day in the kitchen with perfectly applied lipstick.

Ok maybe my pearls are fake and I can't stand lipstick, but I do spend blissfully happy days in the kitchen and I can knit up a storm. Well maybe just a scarf. And not those fancy cable knit scarves. Maybe next year.

To make up for my knitting induced neglect I made you some traditional Dutch Boterkoek. It's like shortbread only better. You just have to trust me on this one. It's dense, moist and chock full of almond goodness. You're going to love it. 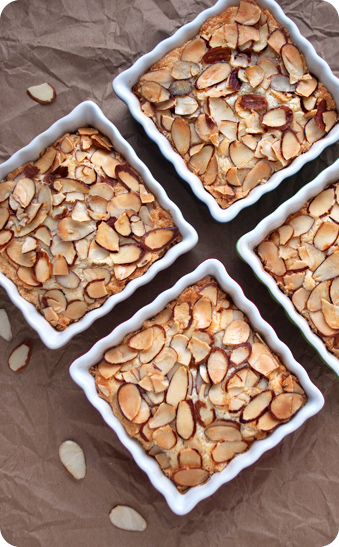 Note: My mom makes this recipe in a 9 inch cake pan. If you'd prefer this size please adjust the baking time to 45 minutes. Printer-Friendly Version

Preheat the oven to 325 degrees and position a rack in the center. Set aside your ramekins since there's no reason to grease them with all the butter in the recipe.

In a large bowl with an electric mixer cream the butters and sugar. Add the almond extract and egg and mix it well. Beat in the flour until it's well incorporated and it forms a heavy thick dough.

Divide the dough among the ramekins and press it evenly into the forms with your fingers. Sprinkle a generous layer of almonds over each ramekin and press them down lightly. Whisk together the egg white and water then brush it over the almond layer with a pastry brush.

Bake them for about 20 – 30 minutes depending on the size of your ramekins and the depth of your dough. You'll know they're done when they rise slightly in the center and the edges turn light golden brown. Let then cool for at least 10 – 15 minutes in the forms. Run a small paring knife along the edges of each Boterkoek to release the seal of the crisp egg white then turn them upside down. They might take a little coaxing with the heel of your hand, but they should come out cleanly. Enjoy! 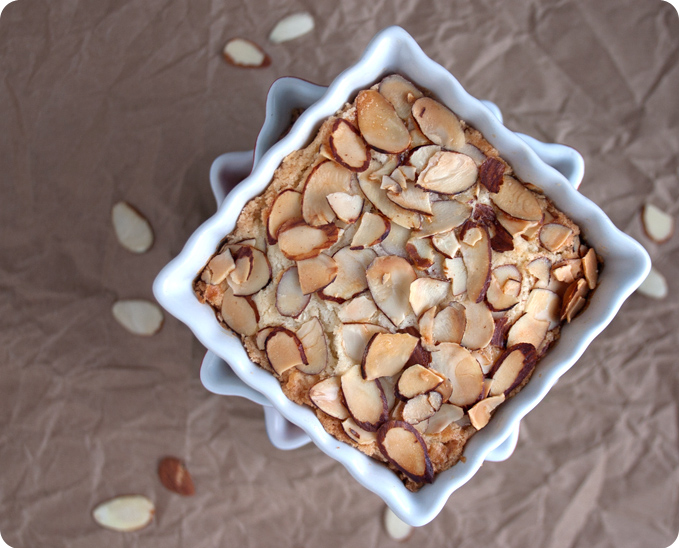